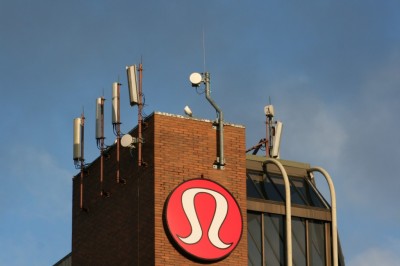 A good Cell Tower advisor plays an important role in negotiating and ultimately securing a successful cell tower lease for you and the cell company all parties involved. The following are a list of some of the characteristics that a good cell tower Advisor should exhibit:
A good Cell Tower Advisor knows the business. Far too often, a landowner who is approached by a cell site carrier seeks advice from his general business or personal Advisor. While such an Advisor may have some general understanding of the basic provisions in the typical cell site lease, he or she may not be able to spot the issues that are more likely to arise during the term of the agreement or the issues that the carriers are most concerned about. An Advisor lacking experience in negotiating cell site leases may be focusing too much on sections of the lease that are less likely to come into play during the term and consequently, create obstacles during the negotiation and perhaps risk losing the lease for the landowner. Alternatively, the uninformed Advisor may overlook sections that may seem, at first glance, to be non-issues, however, they are, in fact, quite important issues that are more likely to arise during the lease term. It should be noted that even a commercial real estate leasing agent or manager may be ill-equipped to address all factors that are important to negotiating a cell tower lease that sufficiently protects the landowner. Advisors, engineers and leasing representatives who work regularly in the cell siting business will undoubtedly agree that it is a niche industry, the experience of which can only be gained through first-hand knowledge or dealings on a regular basis.
A good Cell Tower advisor is patient and understanding. Many landowners and managers who are approached by cell tower companies are frequently overwhelmed at the outset. They know very little about the contents of the cell site lease and know even less about the telecommunications industry. A good cell tower advisor should be able to explain to the landowner why the cell tower company may be interested in his property and what he should generally expect to see in terms of actual physical equipment on his property. The most frequent complaint we hear is of a landowner, subsequent to signing the cell tower lease and after the carrier has installed its equipment, who complains that he didn’t understand the true nature and extent of the tower company’s presence on his property nor the obligations he agreed to incur. Finally, a good cell tower Advisor should take the necessary time to explain all provisions in the cell tower lease and answer any questions the landowner may have pertaining to any site-specific concerns or unique characteristics of his or her property. Accordingly, this will eliminate the possibility of “buyer remorse” and result in an unhealthy long-term relationship between the cell tower company and the landowner.
A good Cell Tower advisor is responsive. This is very important when negotiating a cell tower lease. It is likely that at the time you are first contacted by the cell tower company, you are not the only landowner approached. In fact, most carriers require their leasing representatives to have at least three possible candidates for each given search area. As such, a good cell tower Advisor provides feedback and/or comments to the cell tower company in a timely fashion to avoid losing the lease to your “neighbor” or landowner down the street.
A good Cell Tower Advisor is a “deal maker” not a “deal breaker”. A good cell tower Advisor understands that most landowners are very interested in the possibility of generating additional income on their property (or they would not have contacted you in the first place). Accordingly, the Advisor should be able to distinguish between those issues which are non-negotiable and those in which flexibility should be used. We have found that while there are usually a handful of specific issues in which the landowner should not waiver on, most issues can be resolved through creative solutions on the part of both the landowner and the cell tower company.
A good Cell Tower Advisor bills fairly. Whether the Advisor you retain decides to utilize the cell tower company’s lease or a “landlord paper” lease, he or she should only bill for time actually spent and consistent with his retainer agreement. Similar to # 4 above, a good Cell Tower Advisor should not unnecessarily drag out negotiations over non-substantive issues nor inefficiently spend time reviewing the lease or educating himself as to the basic understandings of the cell site industry.
These are merely a handful of qualities of a good Cell Tower Advisor. If you feel as though your current Advisor is lacking in any of these areas, we recommend that you seek another Advisor.

If you have been approached by a cell phone company interested in leasing your property or you have questions regarding an existing cell phone tower lease, please feel free to contact us. We will not charge you for an initial consultation and we only take on your matter if we believe we can offer you a tangible benefit for our services.